When I was in school for my Photography degree, I needed to decide on a topic for an assignment.  I started out taking photos of alleyways at night, but things progressed into other urban areas.  Below is a selection of photos from that project, plus others I took during school.  One of the weeks, we were told to use color film and I included a couple of those.  And yes, every photo here was originally shot on film, as you will read below.

I included the words I wrote for the presentation of my project to my classmates in the Spring of 2002 (below the photos) with some minor updates and references. 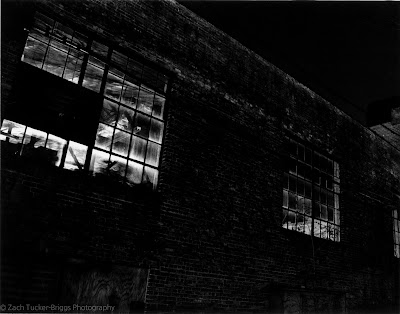 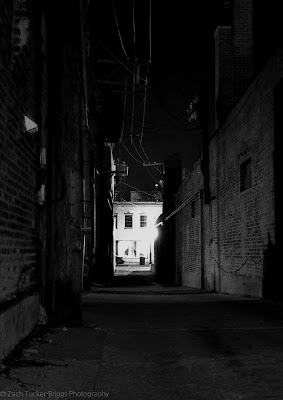 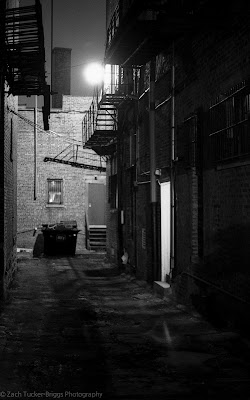 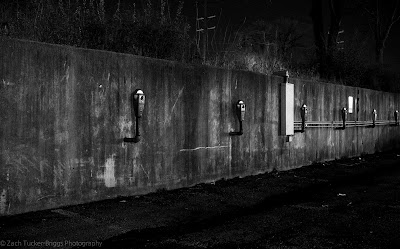 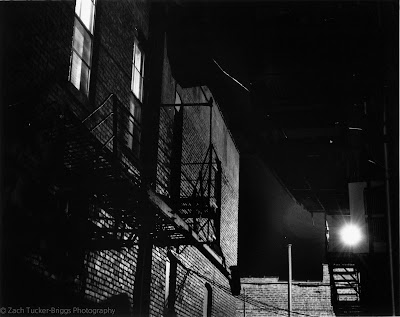 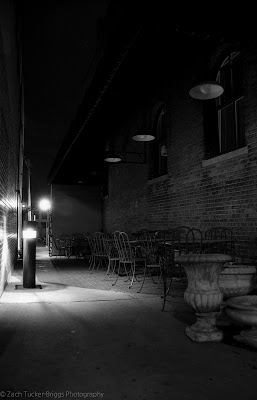 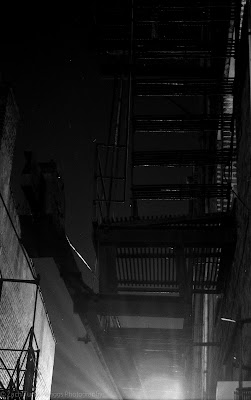 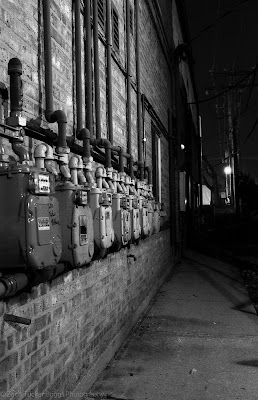 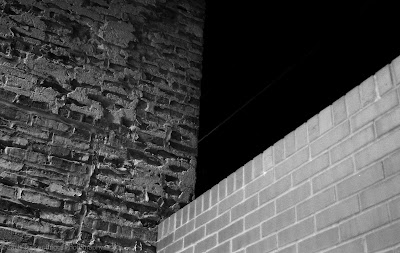 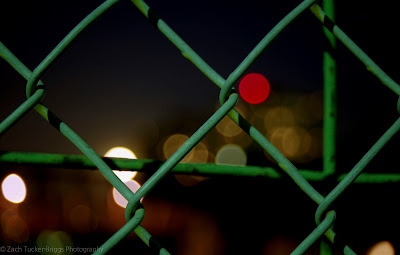 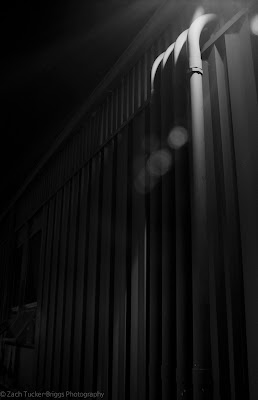 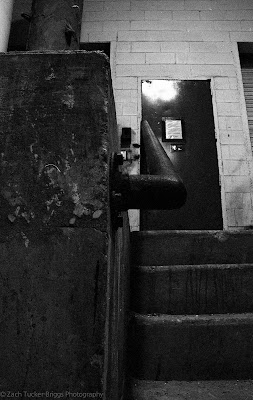 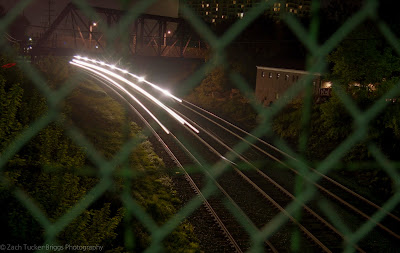 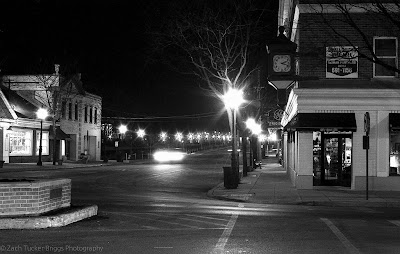 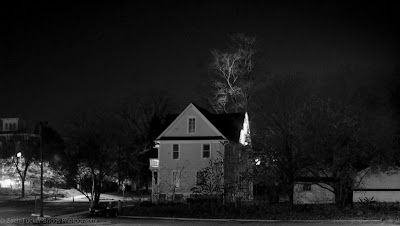 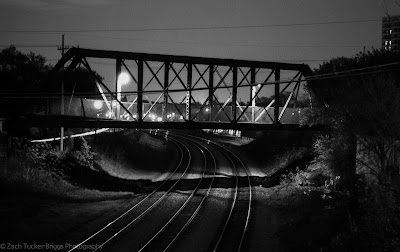 "Take Time for the Night"
by Zach Tucker

The night reminds people of sleep, rest, getting home to family, and cuddling up with a good book. For me, night reminds me of going out to look at stars, cooler weather, awesome light, and some really great photography.

I went to different towns within DuPage County (Illinois) to do the project. Most of the shots were taken around 9:30 at night, but got later as the spring days lengthened. I wanted to keep with urban settings since we all, in general, do not take time to recognize the beauty of night in our own backyards. We mostly want to get home and relax after a long day at work, school, or whatever. Since the sun is below the horizon, we do not pay as much attention to the shadows, but we watch for oncoming headlights or stop lights or other trafficky things.

My original idea of doing alleys at night took an obvious change as things progressed. You can only shoot different alleyways so many times. In response, I broadened my subject to urban night shots, so I did not restrict my creativity. I used exposures from about one second to about one minute with 35mm black-and-white and color negative film.

If there is anything that I want others to get out of my work, it would be to notice the beauty that the artificial light (or lack of light) brings to familiar scenes.
Posted by Zach Tucker-Briggs Photographer at 10:45 PM No comments: